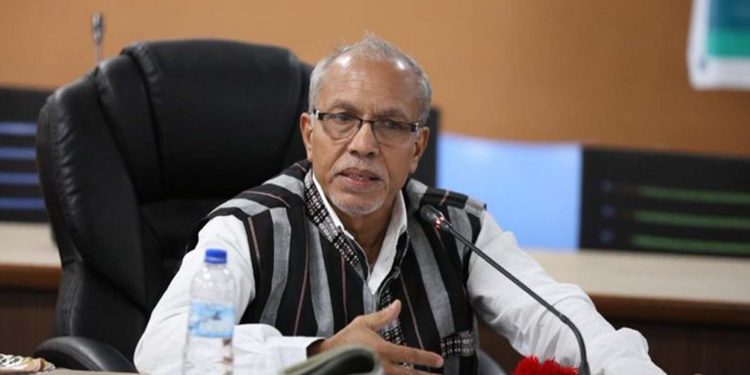 Geetartha Pathak, a journalist from Assam, has been appointed as the president of the Indian Journalists Union (IJU).

Pathak was unanimously appointed during the national executive meeting of the journalists’ body held recently at Imphal, the state capital of Manipur, following resignation of the former president.

Pathak, earlier served as the president of the Journalists’ Union of Assam, which is affiliated to IJU.

The journalist from Assam will remain as the Indian Journalists Union president till the next plenary session of the union.

The two-day national executive committee (NEC) meeting was organised by the All Manipur Working Journalists Union (AMWJU) in association with the Mass Communication department of Manipur University.

IJU during NEC meeting held in Imphal Manipur from 23-24 November, unanimously appointed Geetartha Pathak as President of the IJU, following the resignation of the former president, till the next plenary session. NEC was organised by AMWJU with MasCom Dept of Manipur University. pic.twitter.com/we4YNdVTnm

IJU is one of India’s largest and most representative organisations of working journalists since 1990.

The IJU has its affiliates in almost all the states and union territories.

The journalists’ union, which has well representation in central and state government institutions for journalists, such as the Press Information Bureau (PIB) and Press Accreditation Committees, also has its members in the Press Council of India.

The IJU is affiliated to the Indian Federation of Journalists (IFJ) and its nominee, Sabina Inderjit is an elected member of the IFJ’s executive committee.