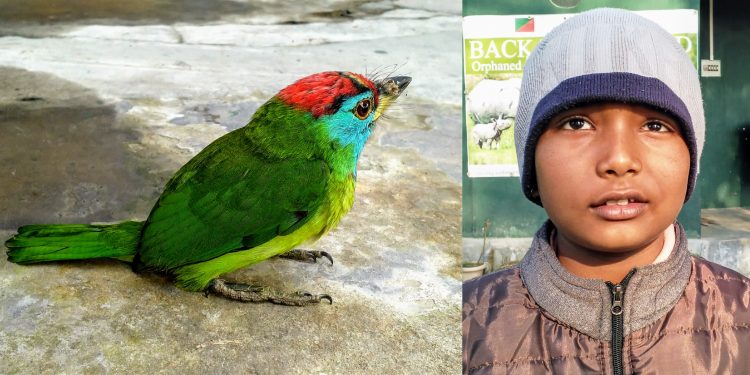 A barbet bird was rescued early Friday morning at Ward No 3 of Kolakhowa village in Bokakhat of Assam’s Golaghat district.

The injured bird was rescued by a school boy studying in the fifth standard at Sankardev Vidyalaya of Bokakhat.

It is believed that the barbet bird was injured by some miscreants.

The school boy who had rescued the bird has been identified as one Samrat das.

The school boy along with his uncle later handed over the the bird to the Centre for Wildlife Rehabilitation And Conservation of Kaziranga National Park situated at Panbari Reserve Forest.

Meanwhile, the injured barbet is undergoing treatment at the centre.

The bird was not able to fly as it had injuries on its leg and wings.

The Asian barbets is a family of bird species, the Megalaimidae, comprising two genera with 30 species native to the forests of the Indomalayan realm from Tibet to Indonesia.