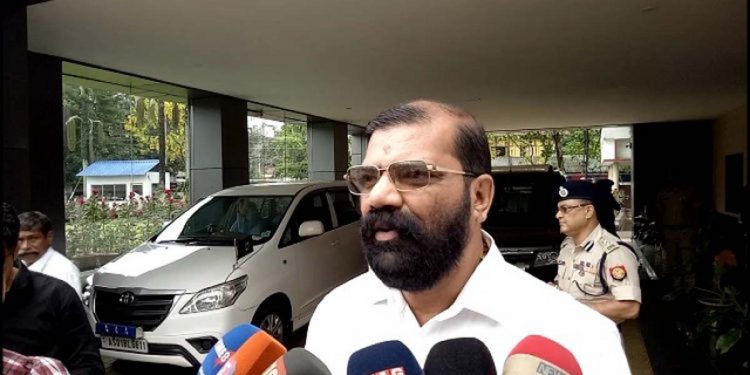 AASU general secretary Sankarjyoti Barua has made it clear that Samujjal Kumar Bhattacharya now cannot make any official statement on behalf of the students union.

Barua made the announcement while addressing a press conference at Tezpur on Sunday.

Bhattacharya, who served the All Assam Students’ Union (AASU), the largest students’ union in Assam, as its chief advisor, announced in October last year that he would resign from the students’ union.

But later he decided to remain with the students’ union after an appeal from many student leaders during AASU’s last conference held at Duliajan in Tinsukia district.

AASU general secretary Barua said they have no objection if Bhattacharya makes any personal statement.

While talking to reporters, Barua said, “The executive committee in its next meeting will take a decision whether Samujjal Bhattacharya will remain with the AASU or not.”

“Currently, he is not holding any constitutional position in the AASU. So, until the next executive committee meeting, he cannot make any statement on behalf of the AASU,” Barua said.

“Now, only the president and general secretary of AASU have the authority to make any statement on behalf of the students’ body,” Barua clarified.

It seems the statement of the AASU general secretary has brought to light the inner conflict within the state’s largest students’ union.

The AASU general secretary’s announcement comes after Bhattacharya made statements before top police officials and the media at the venue of AASU’s protest in Guwahati on Saturday.