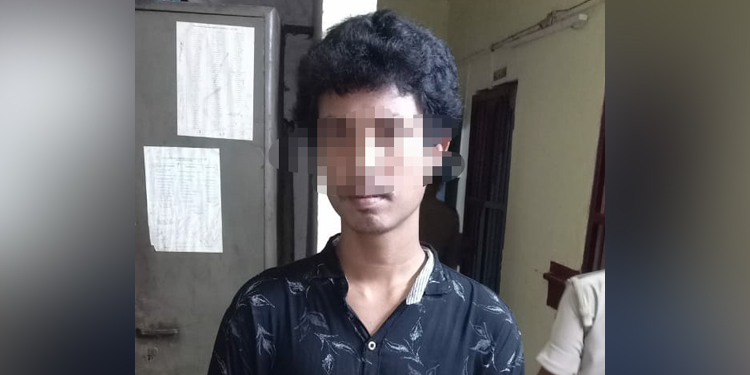 In a major development, the Sadiya Police on Sunday night arrested another man for his alleged involvement in the abduction of three ONGC employees from Lakwa in upper Assam’s Sivasagar district on April 21.

The arrested person has been identified as Bhupen Barua of Sadiya.

According to police, Barua provided logistical support to militant outfit ULFA(I) during the abduction of the ONGC staff.

The arrested persons will be handed over to Sivasagar police.

Barua has been arrested within 48 hours after an ULFA(I) overground worker was shot at by the Sadiya Police during a search operation.

Tapan Buragohain, an overground worker of ULFA(I) was shot in the leg on July 9 night when he allegedly tried to flee from police custody.

Buragohain, who was arrested from Teligorha village near the Assam-Arunachal inter-state border on July 8, went with a police team to show them the hideout of another fellow operative in the area.

Police claimed he tried to escape taking advantage of the darkness forcing them to open fire.

Earlier, a constable of the 25th Assam Police (ONGC) Battalion, Basant Buragohain, was arrested by the Sadiya Police for his alleged involvement in the abduction of the ONGC employees.

On April 21, three employees of ONGC – Alakesh Saikia, Mohini Mohan Gogoi and Retul Saikia – were abducted by armed ULFA(I) militants from a workover rig site inside the Lakwa tea estate in Sivasagar district.

Two of them, Alakesh Saikia and Mohini Mohan Gogoi, were rescued within 72 hours by a joint team of Army, Assam Rifles, Assam Police, Nagaland Police and intelligence officials from a jungle of Mon district in Nagaland.

Retul Saikia was released by the ULFA(I) after a month in captivity on May 22 following an appeal by the chief minister.

Sadiya superintendent of police Sumeet Sharma said, “We received information about Bhupen Barua’s involvement in the abduction case of three ONGC employees from Tapan Buragohain, one of the accused. We have successfully nabbed him.”