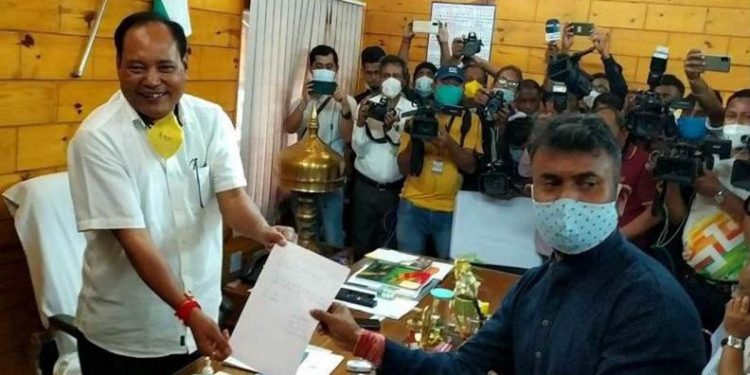 Mariani MLA Rup Jyoti Kurmi on Friday formally resigned as the MLA and quit the Congress to join the BJP.

After submitting his resignation letter to the Assembly Speaker, Kurmi announced that he would join the saffron party.

Kurmi said he would join the BJP on June 21 (Monday) during a function in Lakhimpur.

After announcing his plan to join the BJP, Kurmi came down heavily on the Congress leadership and was all praise for Assam chief minister Himanta Biswa Sarma.

Kurmi indirectly said the Assam Pradesh Congress Committee is currently run as per the wishes of state vice-president Rakibul Hussain.

He said, “Congress is a Borgos (a huge tree), but its leaves are starting to fall and wither.”

Kurmi said he is getting attracted towards the BJP due to the competence and skill of chief minister Himanta Biswa Sarma.