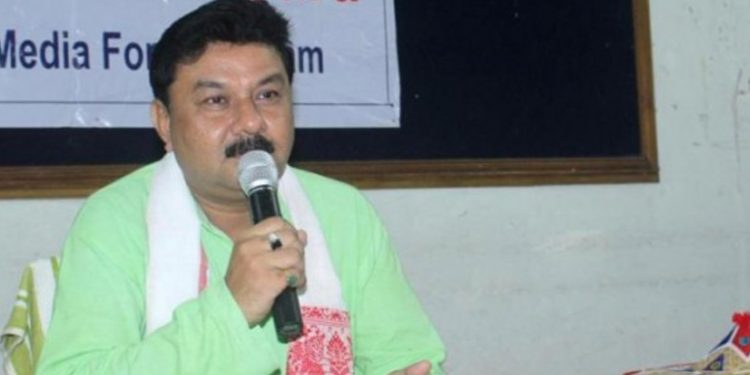 Senior BJP leader Ranjeet Kumar Dass was on Saturday unanimously re-elected president of the saffron party in Assam for a three-year term.

Pradhan handed over the election certificate to Dass.

He said BJP’s strength is increasing in the entire Northeast.

“We have run the government successfully in Assam. We hope to further strengthen the party organisation in Assam as also the entire northeast,” Pradhan said.

Dass’ election had become a foregone conclusion as he was the only candidate to file his nomination for the post when the deadline for formally entering the contest expired on Friday.

Fifty-four-year-old Dass, a former Assembly Speaker, was elected as state BJP president for the first time in 2017.