We collected donations from people of the state to build this party headquarters and they cannot prevent us from entering the office by locking it, says Mahanta 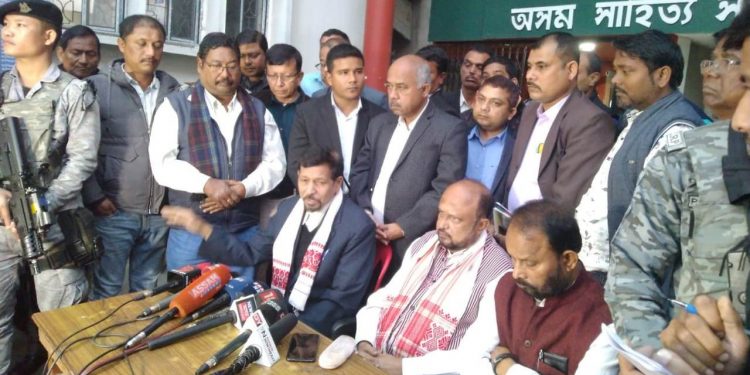 Mahanta, who came to take part in a meeting of grassroots workers at the AGP headquarters in Guwahati on Tuesday failed to enter the party office, as the office was kept under lock and key and under tight security blanket.

Mahanta and hundreds of grassroots workers of the party later held the meeting at Lakhiram Baruah Sadan in the city.

Party workers of at least 30 districts came to attend the meeting but only to witness the office under lock and key.

“The AGP leadership has adopted double standard over the CAA. Yesterday, I saw some of the leaders expressing opposition to the amended citizenship law on media but next moment they were seen participating in BJP organized rallies,” Mahanta told reporters.

“We collected donations from people of the state to build this party headquarters. They cannot prevent us from entering the office by locking it,” he added.