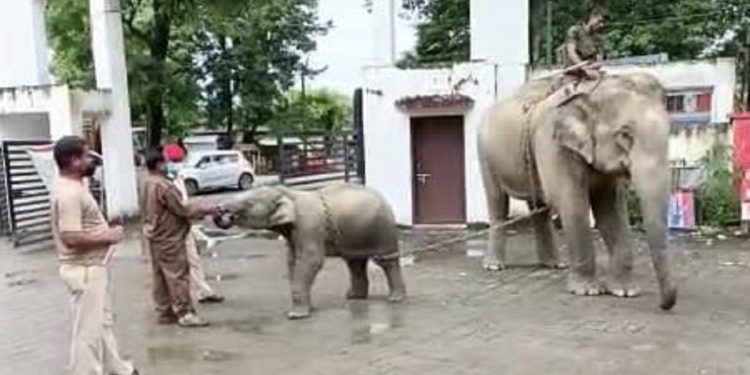 Police in Assam’s Golaghat district have seized a female elephant and her eight-month-old calf in connection with the death of a 14-year-old boy in the district’s Bokakhat sub-division.

It is being alleged that the female elephant, named Dulumoni, had trampled a 14-year-old boy to death recently.

Bokakhat Police has registered a case in connection with the incident under section 304-A of the Indian Penal Code (IPC).

The female elephant – Dulumoni and her eight-month-old calf – Laxmi are owned by surrendered ULFA leader and former MLA Jiten Gogoi.

Meanwhile, Dulumoni and her calf Laxmi have been handed over to the Kaziranga National Park authorities.

The police are likely to take action against the mahout of the female elephant.

The death of the 14-year-old boy, identified as Bitu Gaud, had triggered a massive outrage in the area.