Assam: Police constable run over by car in Guwahati 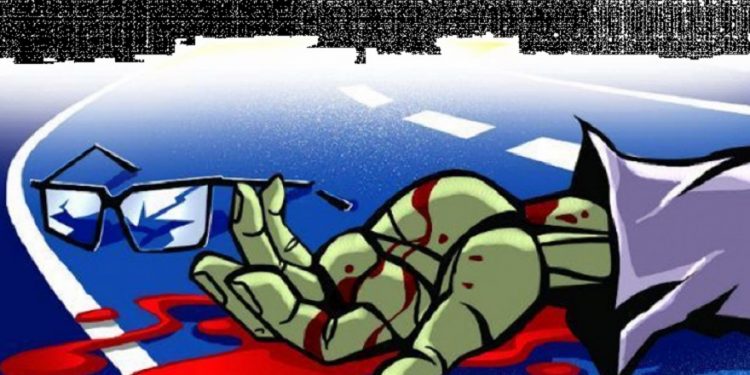 In an incident of reckless driving, a police constable was run over by a car and was seriously injured in Guwahati on Thursday.

According to reports, the incident happened near Latasil playground in the city.

The driver of the car who attempted to run over the police constable has been identified as a middle aged lawyer working at Gauhati High Court.

The victim who had been injured has been identified as Raju Kairi.

The suspected lawyer immediately drove away from the accident site.

As per reports, a CCTV footage of the incident had been acquired by the police. The police are investigating to get further details.

Many incidents of people being injured and killed in the city due to accidents caused from reckless driving have been reported.

According to the National Crime Records Bureau (NRCB), the rate of road accidents caused due to reckless driving in the country is around 31 per cent.