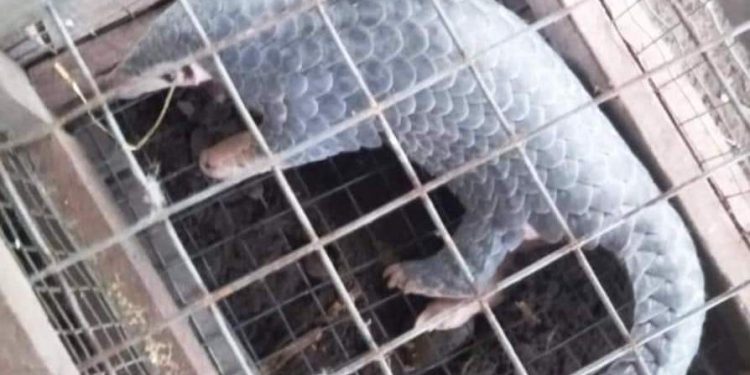 The exotic mammal, which entered the human settlements at Ming Mang near Gogamukh was caught by villagers.

A pangolin was rescued by forest officials in Lakhimpur district along Assam-Arunachal Pradesh border on Saturday.

The exotic mammal, which entered the human settlements at Ming Mang near Gogamukh was caught by villagers and was about to be slaughtered when forest officials from Subansiri Reserve Forest intervened and took it for safety.

Later the pangolin was released at the same reserve forest by the forest personnel.

Pangolin (Manis pentadactyla) has been listed as Critically Endangered on the International Union for Conservation of Nature (IUCN) Red List since 2014.

The population is estimated to have declined by more than 80% in three pangolin generations, equal to 21 years.

In India Pangolin is protected as a classified Schedule I species under the Wildlife Protection Act-1972.

According to IUCN pangolin is also the most trafficked mammal in the world. Annamiticus, an anti-trafficking advocacy group estimates that 1, 16, 990 to 2, 33, 980 pangolins were killed worldwide from 2011 to 2013.