Assam: Over 1500 NDFB cadres to lay down arms on Thursday

Narendra Modi, Amit Shah expected to attend celebration function of Bodo peace accord to be held in Kokrajhar on February 7 next 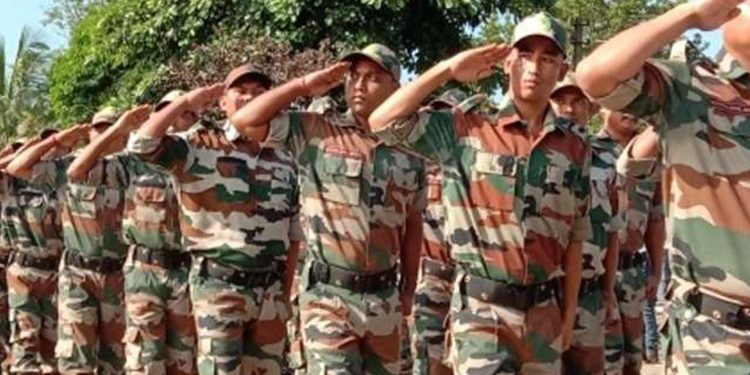 Over 1500 cadres of National Democratic Front of Bodoland (NDFB) will lay down their arms on Thursday in Guwahati.

The arms lay down ceremony is scheduled for 10:45 am and will be held at Guwahati Medical College Hospital (GMCH) auditorium.

Also read: Every clause of new Bodo accord should be implemented, says NDFB (S) leaders

Besides, the chief minister, state finance minister Himanta Biswa Sarma, Assam Police chief Bhaskar Jyoti Mahanta along with others will be present at the event.

The cadres are expected to lay down around 130 arms and huge cache of ammunition.

Earlier on Monday the Centre and the State Government signed the Bodo peace accord with four fractions of National Democratic Front of Bodoland (NDFB), All Bodo Students’ Union (ABSU) and United Bodo People’s Organization (UBPO) in New Delhi in presence of union home minister Amit Shah.

The peace process was initiated by Prime Minister Narendra Modi.

Meanwhile, Prime Minister Narendra Modi and union home minister Amit Shah are likely attend the celebration function of Bodo peace accord to be held in Kokrajhar on February 7 next.