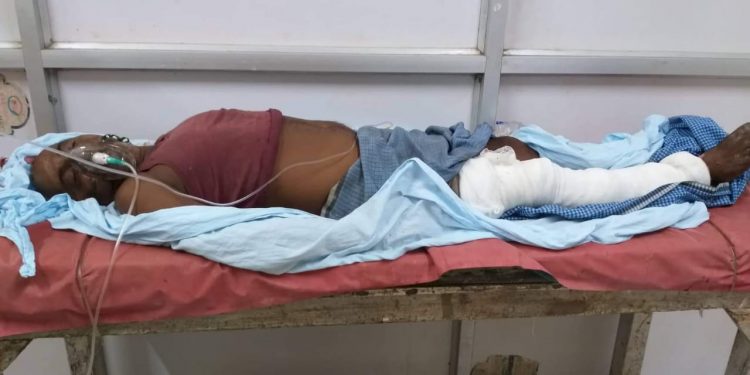 One of the injured undergoing treatment. Image: Northeast Now

One person was killed and several others injured in an alleged attack by Takam Mising Porin Kebang (TMPK) cadres at Charkholia Ramsingh Sapori located along river Brahmaputra in eastern Assam’s Dibrugarh.

According to sources, more than 100 TMPK cadres have burnt the house’s of local inhabitants most of whom are milkmen at Charkholia Ramsing sapori and beat and assaulted its local inhabitants for not fulfilling their demand of money.

One Murali Yadav died at AMC Dibrugarh on Saturday night because of the attack.

As alleged they beat and assaulted children, women and old aged persons during the day on Saturday.

The locals alleged that the TMPK were demanding money from the people and when they refused to give money to them they attacked them.

The matter has been intimated to the DC Dibrugarh and Dibrugarh Police.

Menwhile, the district administration has sent a team to the spot.