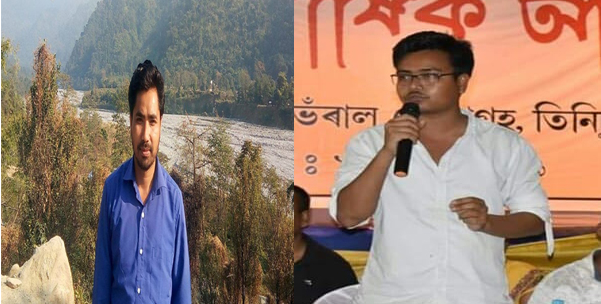 KMSS leaders Bitu Sonowal and Dhajya Konwar, who were produced before the NIA special court here after the end of 10-day custody of the Central agency, were sent to Guwahati central jail on Thursday.

KMSS has been at the forefront of the protests against the Citizenship (Amendment) Act (CAA) in Assam.

The NIA arrested both Sonowal and Konwar on January 7 under the Unlawful Activities (Prevention) Act (UAPA) alleging their links with Maoists.

Both Sonowal and Konwar were first held on December 13 by Assam police for a case registered against them in the Dispur police station.

On December 16, they were released by a local court on bail but a team of police Basistha police yet again arrested the duo at the gate of the Kamrup (M) CJM’s court that day itself.

They were to seek bail in that case on January 9 but on January 7, the NIA took their custody from the Assam police.

On January 8, the NIA court in Guwahati sent them to the custody of the central investigating agency for ten days.

KMSS chief Akhil Gogoi has been languishing in Guwahati Central Jail after the NIA court sent to him judicial custody on December 26.

On December 17, Akhil was handed over to the NIA which arrested him under the Unlawful Activities (Prevention) Act.

Gogoi was in 10-day NIA custody and after the end of the remand; he was produced in a special NIA court on December 26 that sent him to 14 days’ judicial custody.

Gogoi was on January 10 again produced before the NIA court, which remanded him to judicial custody for another 14 days.

Leader of Opposition Debabrata Saikia on Thursday met Gogoi at Guwahati Central Jail amid ongoing protest against the CAA.