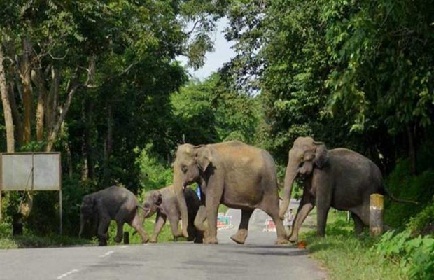 The National Green Tribunal (NGT) has dismissed Numaligarh Refinery Limited (NRL)’s review application of the tribunal’s order passed on August 24, 2016 against the boundary wall of the refinery’s proposed township.

A report appearing in the The Times of India stated that in 2016, the NGT ordered that the wall should be demolished within a period of one month and the proposed township should not come up in the “present location” as the structures were on the elephant corridor and encroached upon the Deopahar proposed reserve forest in Assam’s Golaghat district.

The report further stated that on August 3 this year, the NGT coram of chairperson Justice Adarsh Kumar Goel, judicial members Justice Jawad Rahim and Justice SP Wangdi and expert member Nagin Nanda in the order said: “In view of categorical finding already recorded by the Tribunal that the area where the wall came up and the area where the proposed township is to come up is a part of Deopahar Reserve Forest, rehearing on merits is not permissible”. “Accordingly, we do not find any ground for review of order dated 24.08.2016,” the order said. The 2016 order was passed on the petition filed by environmental activist Rohit Choudhury against the boundary wall and the proposed extension of the township.

The review application stated that the project had the clearance of the State Environment Impact Assessment Authority – a fact which was not taken into account by the Tribunal.