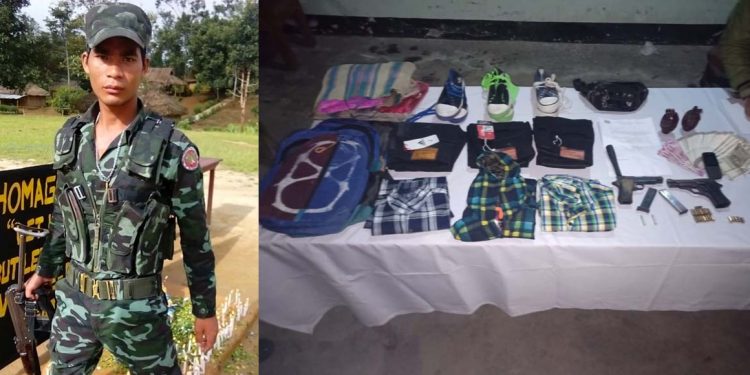 During an encounter with a joint team of Assam police and Army, a cadre of the anti-talk faction of National Democratic Front of Boroland (NDFB-S) was killed in Chirang on Sunday.

The Chirang district said acting on a specific input regarding the movement of a group of NDFB (S) militants in Dwimalupara (New Basti) village under Runikhata PS, a joint team of police and 5 Garhwal Rifles of the Army laid multiple ambushes in the village since 7 am on Saturday.

The deceased has been identified as Sansula Basumatary alias B Sotbangsa from Selekhaguri under Runikhata police station in Chirang district.

“On Sunday, at about 12:30 pm, one of the ambush parties noticed one suspected armed militant approaching towards them. When the joint team asked him to stop, he opened fire and ran away,” Chirang police said in a statement.

Police said the militant was chased upon and was asked to stop.

“He did not stop and instead he opened fire indiscriminately at the ambush party. The joint team also retaliated by opening controlled firing by exercising the right of self defence,” it said.

After the firing was stopped from both the sides, the area was searched and one suspected militant was found in injured condition.

“He was immediately shifted to JSB Civil Hospital, Kajalgaon where he was declared as brought dead,” the police added.

During the search of the encounter site and the body of the slain militant, the joint team recovered arms, ammunition and various other items including hand grenades.

The other recoveries are 3 pairs of Canvas shoes; 3 Trousers; 3 check shirts; 1 blue coloured backpack; 1 plastic gunny bag; 1 plastic marketing bag; one Nokia mobile and one Tashi and one B mobile SIM and 5 extortion notebooks.