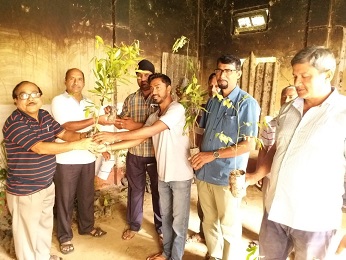 A view of the sapling distribution programme. Northeast Now

As per information, the Namrup BVFCL management distributed saplings to 27 organisations of Namrup in Dibrugarh district.

Speaking on the occasion Bhattacharjee said, “As per a meeting on April 27, 2018 with Dibrugarh Deputy  Commissioner Laya Madduri and our BVFCL management, we had promised to plant 1000 saplings on June 5 on the occasion of World Environment Day and with that aim, we are trying to make our BVFCL township green.”

On June 5, World Environment Day will be observed by the BVFCL management and officials at Sarnagari Bihu Mandap.