Assam MP against transportation of 4 elephants to Ahmedabad

Amidst the heat wave of North India, four elephants from Assam are set to start a perilous journey to Ahmedabad to add to the grandeur of the famous Jagannath Temple.

The four elephants from Assam are being taken to Ahmedabad ahead of the Rath Yatra scheduled to be held on July 4 in Jagannath Temple.

Worried with Assam Forest Department’s decision to send four elephants, Gaurav Gogoi on Thursday has written a letter to Prakash Javadekar to immediately stop the transportation of the animals. 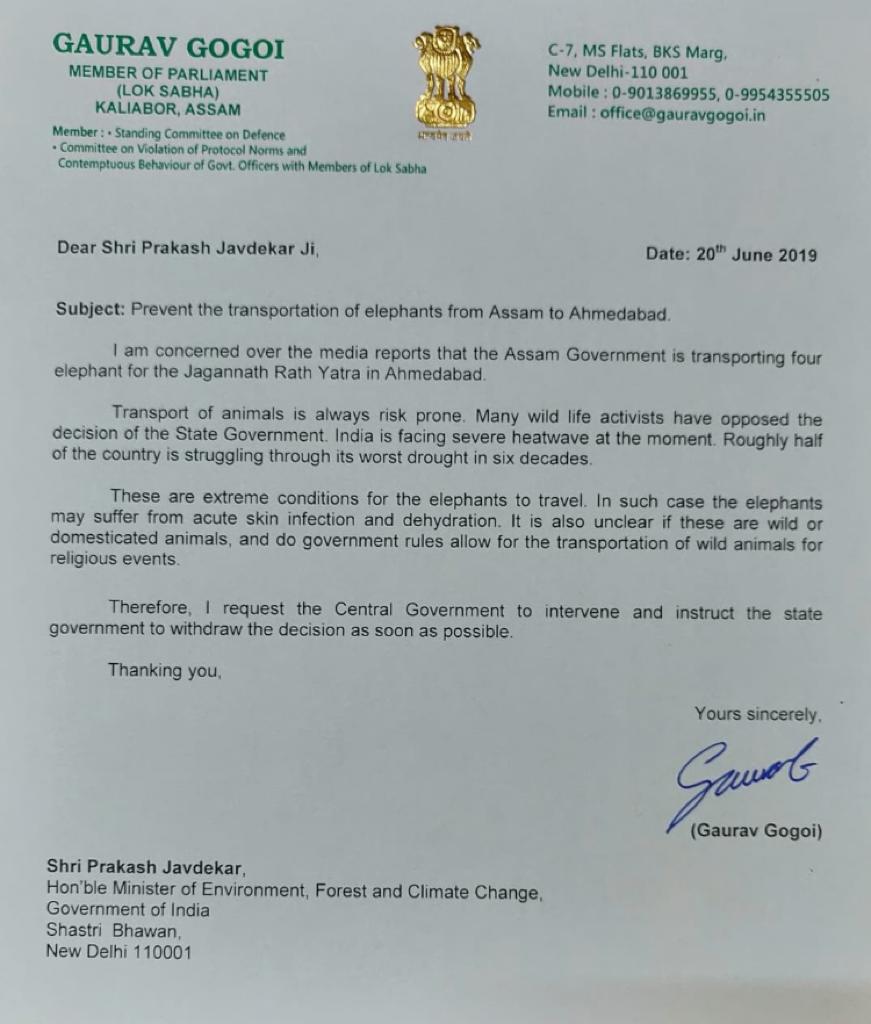 “Transportation of animals is always risk prone. Many wildlife activists have opposed the decision of the state government,” Gogoi said, adding that India is facing severe heat-wave at the moment.

Roughly half of the country is struggling through its worst drought in six decades, the Congress MP from Koliabor in Assam, said.

“These are extreme conditions for the elephants to travel. In such case, the elephants may suffer from acute skin infection and dehydration,” Gogoi said in his letter to the union minister.

The Congress MP also said it is still unclear whether the elephants were captive, or caught from the wild. “….and do the government rules allow transportation of wild animals for religious events?” he said in the letter.

The Assam Forest Department is already caught on the wrong foot over the elephants transportation issue as it has been reported that two of the four elephants were not captive born, and were caught from the wild.