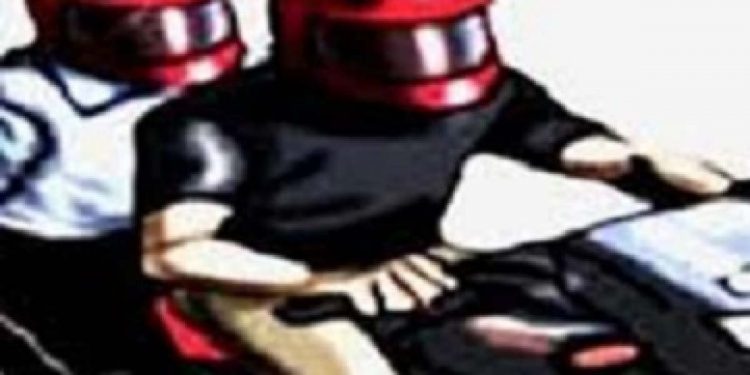 On Thursday, another snatching attempt was made just six days after two motorcycle-borne youths wearing helmets had snatched a bag containing Rs 3.3 lakh from a businessman at Nirmal-Chariali.

In a similar incident on Thursday, two motorcycle-borne youths made an abortive attempt to snatch a bag reportedly containing Rs 5 lakh from a hotel employee at the busy Marwari Patty locality here.

An eyewitness said that two persons on a bike without registration number plate tried to snatch the bag containing cash from an employee of a renowned hotel at Marwari Patty at noon.

The employee, who reportedly withdrew the money from a bank at Gar-Ali area, was returning to his hotel when the duo on a motorbike attempted to snatch the bag.

The employee, who did not let go of his bag, was dragged for some distance by the motorbike-borne persons, the eyewitnesses said.

The duo on failing to snatch the bag sped away from the spot as the employee raised an alarm.

Six days ago, a bag containing Rs 3.3 lakh was snatched from Promode Agarwal, a businessman of Sarupathar in Golaghat district, who came here to purchase goods from the wholesale market.

Several incidents of snatchings by motorbike-borne persons in the town occurred last year and are on the rise.

In January last year, Jorhat police installed 32 CCTV cameras at different areas of the town under a project to assist in curbing crime, but most of these cameras are now out of order, a police source revealed.