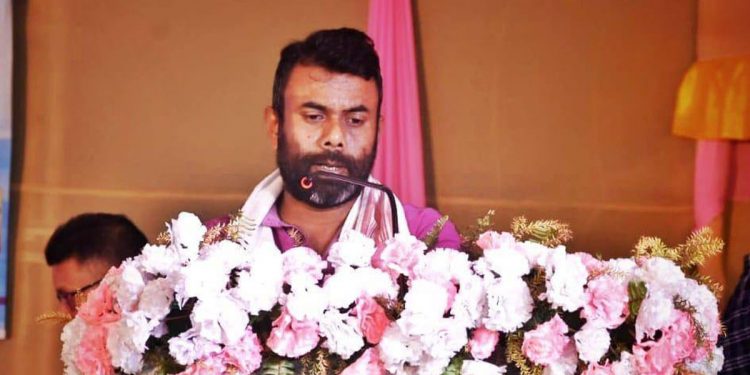 Mariani MLA Rupjyoti Kurmi on Saturday broke down a wall of an under-construction hospital with his bare hands at the Naginijan Tea Estate in his constituency.

Condemning the poor quality of material used, the Congress MLA said that at no cost would corruption be allowed and that the hospital would have to be properly built.

“I came here to inspect the work which was going on after being informed about the poor quality of construction being done and found that with one push of my hands the wall toppled down,” Kurmi said.

“The present BJP led government has released Rs 1.30 crore for construction of the much-needed hospital for the tea garden eight months ago but we will not allow such shoddy work here, ” he said.

Kurmi further said that he had come here four months back and asked the Assam Tea Corporation Limited authorities to come and inspect the poor work being done.

“At that time the engineer had instructed the contractor to do the work properly. However, it is not known as to who pilfered the money and under whose instruction this pilferage is going on,” Kurmi added.

“Moreover, Jorhat Rajya Sabha MP Kamakhya Prasad Tasa had also come here a few days ago but I do not know what he inspected, ” Kurmi said.

Kurmi said that during the earlier Congress rule in the state many works like roads, etc. , had been constructed and this was the only important work left to be done in the tea estate.

The Naginijan tea estate is one among 14 tea estates owned by the state’s Assam Tea Corporation Limited.

A tea garden worker also said that the people of the garden had staged a protest against the inferior quality of work being done by the contractor.