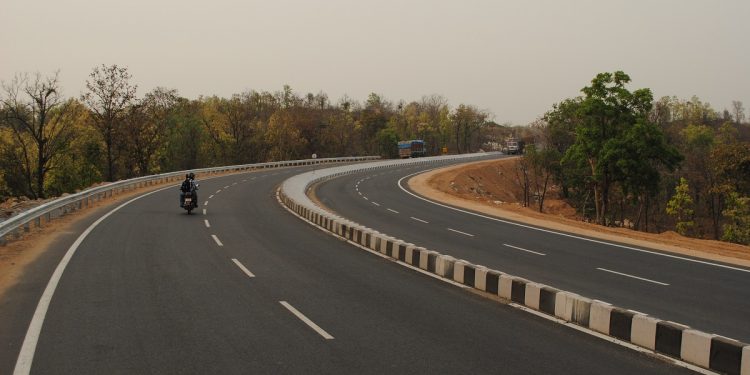 The lawyers of Assam’s Darrang district has expressed their ire over the snail’s pace in the progress of the NH 15 by-pass construction along the outskirts of Mangaldai town.

A group of six lawyers of Mangaldai Bar led by senior lawyer Jayanta Deka have once again moved Mangaldai parliamentarian Dilip Saikia demanding his intervention for completion of the project survey work by April 15 next.

Bringing the matter to the notice of the MP on the basis of the relevant information collected under the provision of RTI Act, the group of lawyers in their petition considering the present pace of progress, have expressed doubt over the completion of the project in next seven or eight years.

This was stated by the said lawyers’ group in a letter to media on Tuesday.

Justifying their apprehension they stated that according to the information provided by the concerned government authority PWD, National Highway, Rangiya Division on February 12 last only inception report including Quality Assessment Plan (QAP) and Draft Feasibility Study (FS) report have been submitted to the chief engineer, PWD, NH (Works).

However the approval of the draft feasibility report for alignment is still awaited.

The submission of Preliminary Project Report (PPR) and Detailed Project Report (DPR) are next to follow before necessary sanctioning of the proposed by-pass from the Ministry of Road Transport & Highways (MORT&H), Government of India.

In such a situation it is apprehended that it will take another four years for completion of the survey and there is hardly any indication that the proposed by-pass project could be complete by 2028.

It may be mentioned here that chief engineer, PWD (NH) Works issued work order to Allianz Engineers of Chandmari, Guwahati on June 10, 2016 for survey of the proposed  project in between village Boina-oja under  Mangaldai police station on the west and Khatania-para under Dhula police station on the east.

The petitioners which included other four lawyers Nirod Deka, Jatin Nath, KalpanaDeka and Nayanmani Deka pointed out how the nearly 12 km stretch of NH 15  passing through the busy Mangaldai town has been causing traffic congestion, and inconvenience to the pedestrians particularly school children, women and senior citizens.

The early construction of the by-pass on the outskirts of Mangaldai happened to be a long time demand of the people of Mangaldai.

The petitioner lawyers have urged upon the MP to ensure completion of the survey work by April 15 and its necessary submission at the Union Ministry within the month of April.

It has been also urged in the petition that in the event of failure on the part of Alliance Engineers and Consultant to submit the complete survey report within said time line appropriate coercive action should be initiated against the said private firm.

Separate copies of the petition were also submitted to the chief engineer, PWD, NH and commissioner secretary, Department of Public Grievances, Government of Assam.

It may be noted that the lawyers’ group had submitted a similar kind of petition to the Mangaldai parliamentarian in the month of August, 2019.

Meanwhile talking to Northeast Now, senior advocate Jayanta Deka on Tuesday said after three months they will follow up the matter with another RTI petition and with no satisfactory progress ,the matter will be brought to the high power petition committee of the state Assembly.

“We will again collect information through RTI application and if needed this time we will move the Assembly Petition Committee for solution,” said advocate Deka.