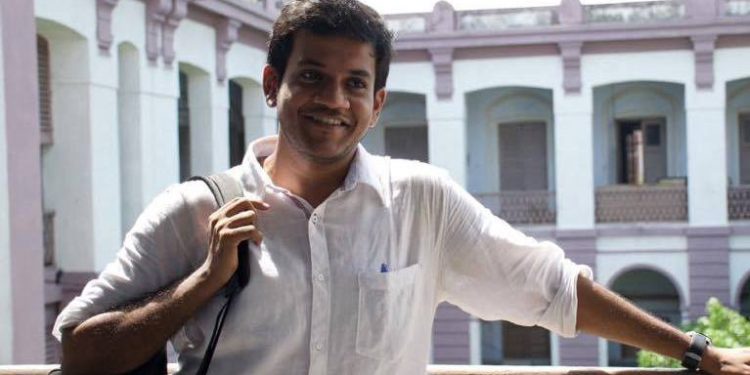 Souradeep Sengupta, a guest lecturer at Gurucharan College in Silchar, was granted bail by a Silchar court on Tuesday.

He was arrested on Friday night from his residence for posting “derogatory comments” against Prime Minister Narendra Modi, the RSS and the BJP on Facebook in wake of the violence in Delhi.

The Chief Judicial Magistrate Court granted bail to Souradeep Sengupta on a surety of Rs 15,000.

He was also asked by the court to assure his complete cooperation with the police and not leave Silchar without the court’s permission.

Sengupta, who teaches Physics at GC College, referring to Delhi violence, had allegedly said in a Facebook post that some sections were trying to recreate Godhra riots of 2002 in the national capital.

He also slammed Prime Minister Modi and allegedly dubbed him as ‘mass murderer’.

Sengupta had later deleted the posts and also tendered an apology.

“I apologise for any religious sentiments I may have hurt by my posts,” he said in a Facebook post on Thursday night.

“I made some irresponsible comments about a communally sensitive issue,” he added.

It was a lapse of judgement. My intention was not to insult any religion at large,” he said.

Police registered the case and arrested him based on an FIR lodged by the Akhil Bharatiya Vidyarthi Parishad (ABVP) activists.