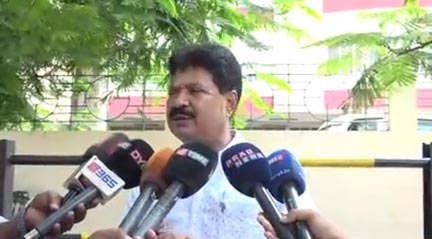 Dutta said, “Banerjee-led Government did not provide the data that Assam Government sought for inclusion in the draft NRC.”

It may be mentioned that only around 15000 documents out of 1.2 lakh documents were verified and returned to Assam by the West Bengal Government.

Talking on Trinamool Congress State general secretary Harekrishna Gogoi’s resignation on Saturday from the party in protest against Mamata Banerjee’s remark over the final draft NRC, Dutta said, “The TMC has been facing the consequence of its stand against the NRC. Mamata Banerjee has gained nothing by sending a party delegation to Assam and also giving provocative statement on the NRC,” adding, “One after another TMC State leader is resigning and Harekrishna Gogoi resigned as State general secretary of the party today.”

Dutta further stated that the incident which took place at the Silchar airport after arrival of the TMC delegation on August 3, 2018 was ‘unfortunate’.

Bringing allegations against the Congress, Dutta said, “The Congress also tried to do politics by taking advantage of Mamata Banerjee’s attempt to create unrest in Assam.”

The AGP leader also said that Union Home Minister Rajnath Singh or Union Minister of State for Home Affairs Kiren Rijiju should have visited Assam to review the situation after publication of the final draft NRC on July 30.