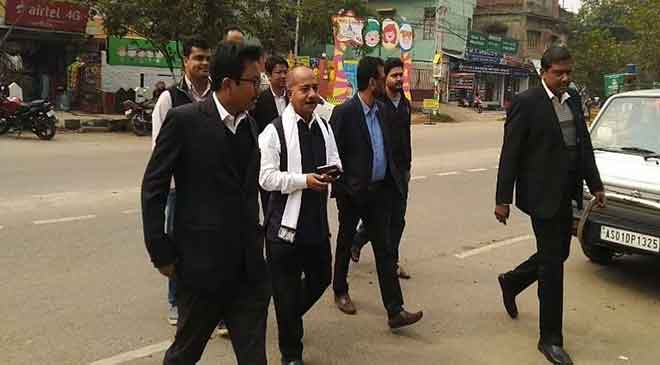 A sedition case has been registered against Assam’s senior journalist and anti-CAA activist Manjit Mahanta.

A sedition case has been registered against Assam’s senior journalist and anti-CAA activist Manjit Mahanta.

Police suo motu registered a case against Mahanta for his remarks on the CAA at a rally in Panitola in Tinsukia district.

Mahanta said that he received a letter from Tinsukia police asking him to appear before Gitanagar police station in Guwahati.

“It is a conspiracy to muzzle our voices against the CAA. But such attempts cannot deter us from our struggle against the contentious Act. Our fight against the CAA will continue until the Act is scrapped,” Mahanta told reporters in Guwahati.

He further said if talking against the government is tantamount to waging war against the state, then there is nothing else left to be said.

Earlier in January last year also, sedition cases were registered against Mahanta along with RTI activist Akhil Gogoi and scholar Hiren Gohain for their comments on the citizenship bill

They were also booked under IPC Sections 121 and 123 — relating to waging or trying to wage war against the government.

Mahanta is a former executive editor of a prominent Assamese daily and leader of Assam’s anti-CAA agitation.