Assam: JD(U) claims credit for building up opposition against CAB 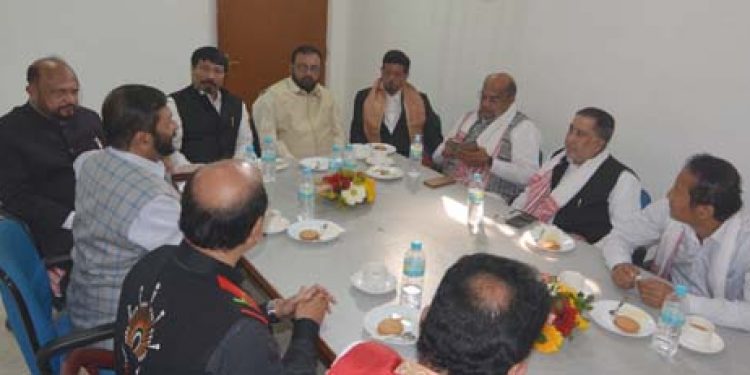 The JD(U) has claimed that the BJP-led NDA has failed to pursue with the Citizenship (Amendment) Bill (CAB) due to strong opposition raised by the party.

JD(U) General Secretary and party’s in charge for the Northeast, Afaque Ahmed Khan said this on Saturday and added that party national president and Bihar Chief Minister Nitish Kumar was the first political leader to oppose the Bill.

It may be mentioned here that the Bill which was passed by the Lok Sabha on January 8 this year now needs to be approved by the Upper House of the Parliament.

Assam and other Northeastern states have been witnessing series of protests against the Citizenship (Amendment) Bill 2016.

A delegation of regional Asom Gana Parishad (AGP) which had severed ties with the BJP in Assam on January 7 last over the issue of Citizenship Bill, recently met the  D(U) leadership to mobilise the party’s support to the concerted move against the Bill so as to prevent it from getting passed in the Rajya Sabha.