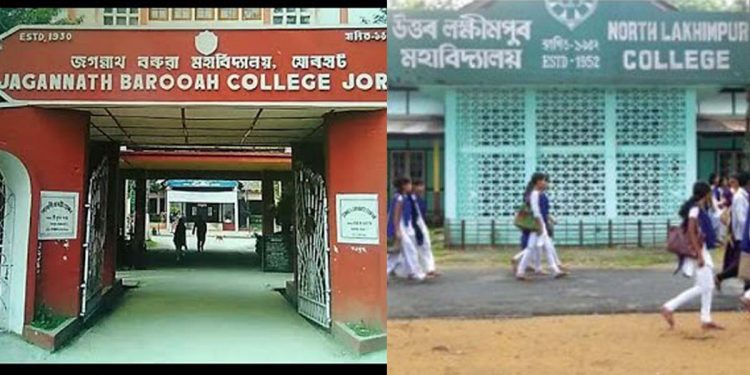 Jagannath Barooah College (JB College) in Jorhat and North Lakhimpur College in Lakhimpur have been ranked 75 and 84 respectively out of 127 colleges in the private autonomous colleges of India ranking league of Education World.

Education World is a premier education magazine website for educators, academics and students.

As per the website educationwordl.in – human development was promoted in 1999 as India’s and Asia’s first education news and analysis (monthly) magazine with the mission statement to “build the pressure of public opinion to make education the No. 1 item on the national agenda”.

In the private autonomous ranking list, JB College is ranked first in the state and has scored 453 out of a total score of 700 and North Lakhimpur College (ranked second in the state) with 444.

The total score had six parameters including competence of faculty (200), placement (100) and infrastructure and facilities (100).

The ranking was based on a field survey and interviewing a mix of 6479 educationists, faculty, students and industry representatives by Delhi based Centre for Forecasting and Research Pvt. Ltd., partners of Education World.

A delegation of Jorhat district unit of AASU, led by its president (Jorhat district unit) on Wednesday met the principal of Jagannath Barooah College (Autonomous) Bimal Barah and congratulated him for the college securing 75th rank in a country-wide survey done among 500 colleges by EducationWorld.