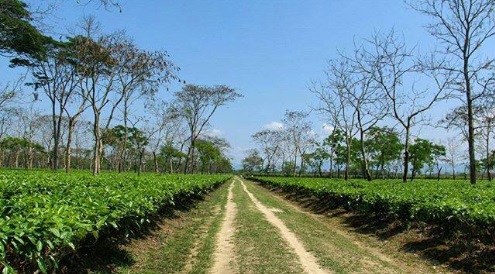 The authority of Hunwal Tea Estate at Mariani in Jorhat district has declared an indefinite lockout of the tea garden from Friday night.

The decision comes after the deputy manager of the tea garden was allegedly beaten up by tea garden workers over the issue of bonus.

As per the lockout notice, issued by the superintendent of the tea estate, the garden declared 8.33 per cent bonus to the workers in September.

However, according to workers, this was not acceptable as they demanded a 20 per cent bonus.

The notice said when the management was getting ready to pay the 5 pc bonus as agreed, the workers leaving their workplaces on Friday morning gheraoed the superintendent’s office, and demanded the 10 pc and created a ruckus.

Jorhat deputy commissioner Roshni A Korati said discussions were on with both the sides, labour commissioner and officials of the district administration on Saturday to resolve the issue.

She further said as per information received by the administration no assault had taken place.

A police source said the managers had managed to escape.