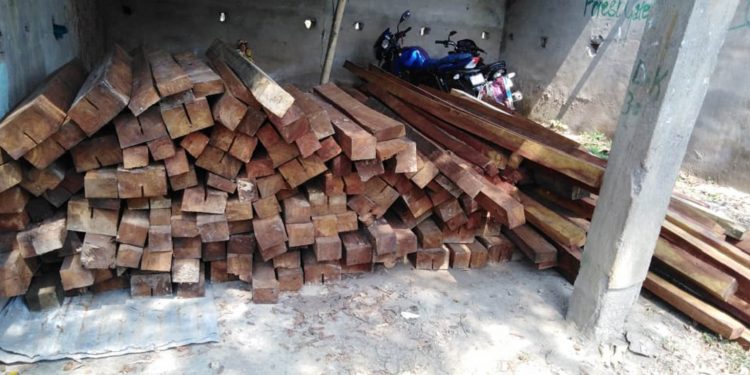 Based on specific input, a forest department team on Thursday launched an operation in Ingchinlangso area under Dongkamukam Forest Range office of West Karbi Anglong.

In the operation, the team recovered a huge quantity of illegal timber and the forest officials also intercepted the timber smugglers on the spot.

The culprits saw the approaching officials and fled from the spot leaving several pieces of machinery behind.

A chain saw along with the timber were seized from the spot.

The timber of approximately 100 cfts timber have been handed over to the Dongkamukam Forest Range office under Hamren Forest Division and the estimated market value of the recovered timber is estimated at Rs 60,000.