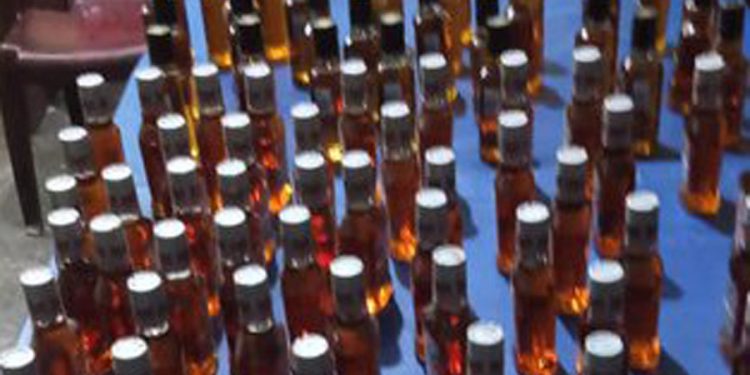 The police has recovered a huge quantity of Indian made foreign liquor at Patacharkuchi in Assam’s Bajali district.

The police conducted raids against illicit liquor in two separate places in Patacharkuchi on Saturday and recovered 90 bottles of Indian made foreign liquor.

However, no arrests have been made in connection with this.

The Bajali police also conducted a similar raid at Hotel Ramdhenu in Pathsala recently  and recovered about 100 litres of Indian made foreign liquor.

Today on 03-07-2021 in the evening, two different places have been raided against illicit liquor by the staff of Patacharkuchi PS of Bajali District and seized 90 bottles of IMFL. #waragainstliquor
Assam Police
DGPAssamPolice pic.twitter.com/MnZmNtJ0oa