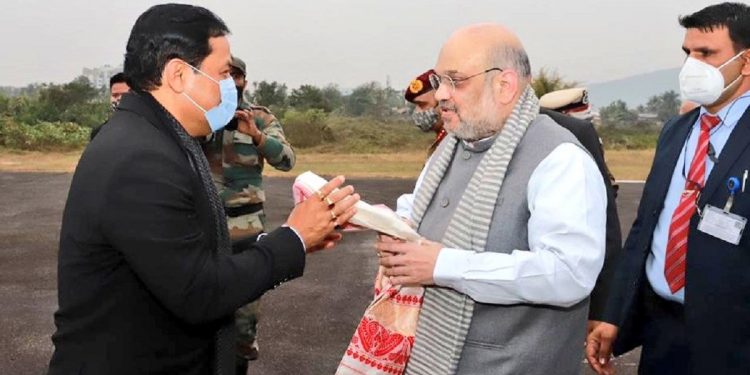 Home Minister Amit Shah will visit the towns of Kokrajhar and Nalbari in Assam on Sunday.

During his visit to Kokrajhar, Amit Shah will attend a programme to celebrate the first anniversary of the signing of the Bodoland Territorial Region (BTR) Accord

Later in the day, Amit Shah will address a BJP rally at Kendukuchi in Nalbari district of Assam.

Around 2 lakh people are likely to attend the massive rally in Nalbari.

Assembly Elections in Assam are likely to be held in April-May this year.

Pleased to welcome Shri @AmitShah ji at Narengi, Guwahati as he lands from Shillong.

The Hon'ble Union Home Minister will be attending major programs in the state and the people of Assam are eagerly looking forward to his presence and guidance. pic.twitter.com/h4W8PNNU23