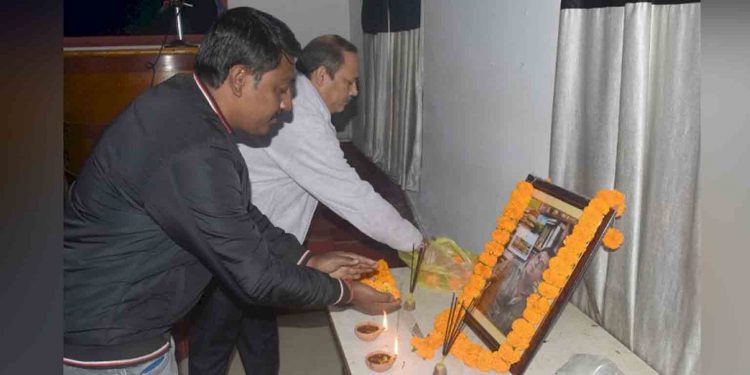 The journalist fraternity of Guwahati on Thursday appealed to the Assam government to launch a scheme for supporting the families of journalists who die untimely while on duty.

Appreciating the government for initiating the pension scheme for journalists, the fraternity also urged it to consider extending such benefits to the spouses of journalists who die before attaining the age of 60.

Attending a memorial meeting of journalist Naresh Mitra at Guwahati Press Club, various speakers deliberated on the need for immediate financial support to his family.

The media fraternity also appealed to all for individual contribution for the benefit of the deceased journalist’s family.

State information commissioner of Manipur Information Commission Oinam Sunil (a former Bureau Chief of The Times of India and a colleague of Naresh Mitra) has already donated Rs 2.5 lakh to Mitra’s family.

The amount in the form of a fixed deposit was officially handed over to Mitra’s wife Biva Sarkar Mitra.

Amit Kumar Jain, an industrialist also donated an amount of Rs 50,000 to the family of the bereaved journalists.

Advocate Arshad Choudhury, an advocate of the Gauhati High Court, also donated Rs 10,000 to the family of the deceased.

Meanwhile, the media fraternity of Guwahati, who are interested to donate any amount to Mitra’s family is requested to deposit the amount on Biva Sarkar Mitra’s bank account seven days.

Contribution can also be made to the Guwahati Press Club (GPC) and for doing so one may contact its official Santosh Mahato at 7002700486.

Various other organizations are also welcomed to contribute to the bereaved family.