An order was issued on Monday in this regard by commissioner & secretary to the information and public relations department, Preetorn Saikia.

In the order, it was stated that Goswami remained absent in her duty “without obtaining prior permission from competent authority” on the day when Assam chief minister Sarbananda Sonowal visited Silchar.

Chief minister Sonowal visited Silchar on June 4, 2020 to take stock of the situation arising out of landslides and held an important meeting in the office of the Cachar deputy commissioner.

It has been stated that due to Goswami’s absence “serious mismanagement took place regarding media persons who came to cover the programme” of the Assam chief minister.

“As a result, a number of media persons got agitated and left the venue causing much embarrassment to the Govt,” the order said.

The government has considered this as “serious misconduct and gross negligence of duty” on the part of Goswami, the deputy director of I&PR Barak Valley Region, Silchar for “causing an embarrassing position to the Govt”.

Goswami has been placed under suspension under Rule 6(1)(a) of the Assam Services (Disciplinary & Appeal) Rules,1964 with immediate effect until orders. 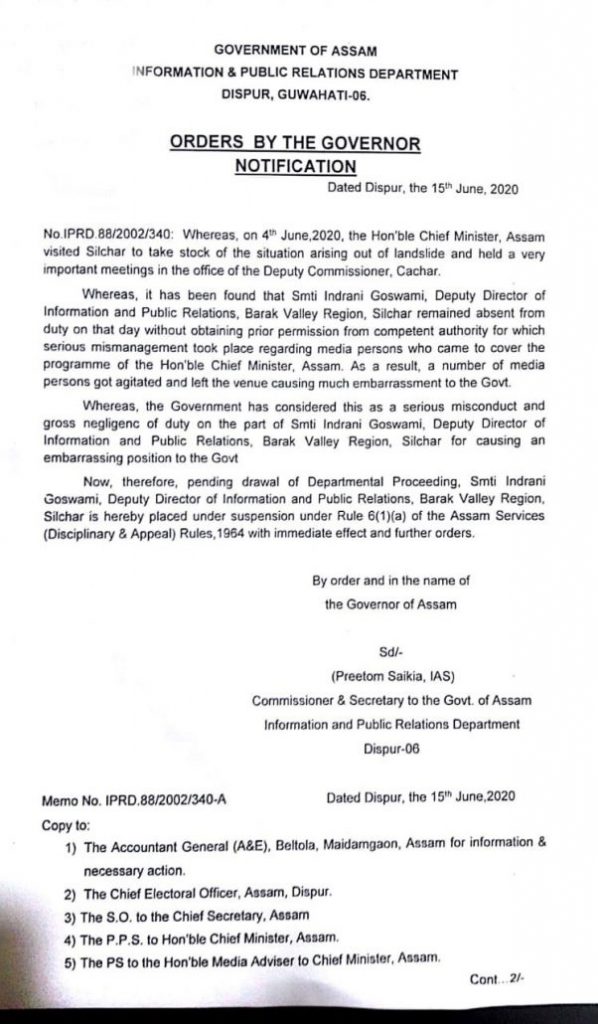