With value addition to the fruits and vegetables produced, Assam can capture the world market 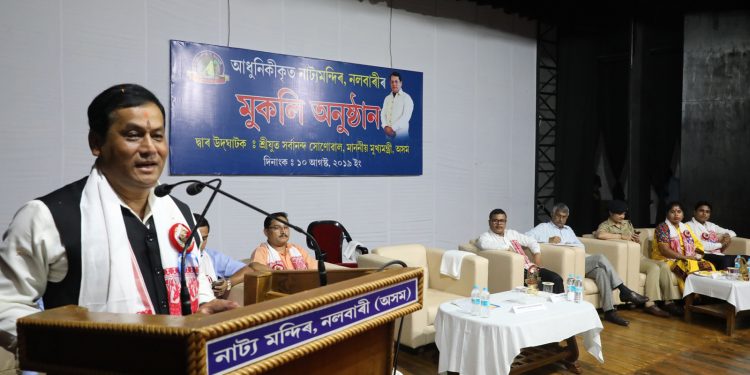 Assam government is in touch with the Union Ministry of Food Processing for making the mega food park at Nath Kuchi operational at Tihu in Nalbari district.

This was informed by the state CM Sarbananda Sonowal said on Saturday while inaugurating the renovated Natya Mandir in Nalbari on Saturday.

“I have had a detailed discussion with the Union Minister of State for Food Processing Rameswar Teli to make the Food Park operational soon,” Sonowal said.

“A blueprint is being prepared for the same. Assam has a lot of possibilities for the food processing industry given the fact that the state produces a lot of foodstuffs,” he added.

Sonowal also said that with value addition to the fruits and vegetables produced, Assam can capture the world market.

“Thus, the food park, in this context holds tremendous importance,” the CM added.

Appreciating the district, Sonowal said that Nalbari is the epicentre of people blessed with tremendous mental calibre.

“People of Nalbari constitute a major chunk of human resources of the state and therefore, the district has to lead intellectual development of the state,” CM added.

About the Natya Mandir, Sonowal said, “The renovated and modernised Natya Mandir would help the people of Nalbari to pursue their intellectual stimulation and take the district to a different height.”

The CM also paid his tribute to Dr Indreswar Borthakur who was instrumental in establishing Natya Mandir in 1926.

“Considering the huge repository of human resources in the district, the state government has decided to expand the area of State Capital Region up to Tihu,” the CM said.

“The government has also earmarked both sides of the national highways as an industrial corridor to boost industrialisation in the districts adjoining Guwahati,” the CM further said.

He also said that farmers’ empowerment of the state is of the paramount importance of the government.

“To empower the farmers of the state, the state government has adopted Chief Minister Samagra Gramya Unnayan Yojana for doubling the farmers’ income in the state by 2022,” informed Sonowal.

“If the 27 lakh farmers’ family can contribute to the GDP of the state, Assam will become a major contributor to Indian government’s projection of making the country’s economy five trillion dollars by 2024,” added Sonowal.

On the sidelines of the programme, various organisations handed over cheques as contributions to Chief Minister’s Relief Fund.