Assam government to bear 2 per cent premium of farmers 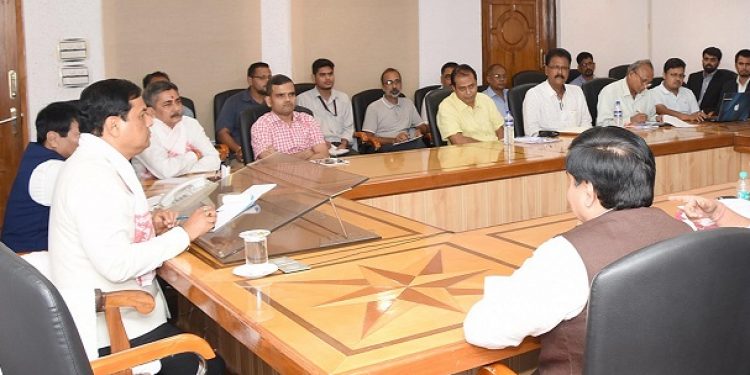 Assam Chief Minister Sarbananda Sonowal chairing a meeting of Agriculture Department at the conference room of his office in Janata Bhawan on September 20. Photo: UB Photos

Assam chief minister Sarbananda Sonowal on Thursday said that state government would bear two per cent premium for the farmers to help them to reap rich dividends from Prime Minister Fasal Bima Yojana.

Sonowal said that to provide respite to the farmers and encourage them for good agricultural produce, government will provide the premium to enable full insured amount to the farmers against crop loss on account of natural calamities. He also asked Agriculture department for complete implementation of Pradhan Mantri Krishi Sinchai Yojana to ensure improved farm productivity and better utilization of the resources in the state.

He also categorically directed the department to carry out the registration process of all the farmers of the state and issue them identity cards to enable them dignity of life. The chief minister also said that eight progressive farmers of the state will be appointed as brand ambassadors so that they can carry forward the success stories in the field of agriculture.

The meeting also decided to form 200 Farmer Producer Organizations to help two lakh families in the coming days. Sonowal also asked the department to fill up the existing 1,400 posts for village level extension workers in the state and mooted an idea for setting up an Agriculture Recruitment Board which would exclusively take care of the recruitment processes in Agriculture Department.