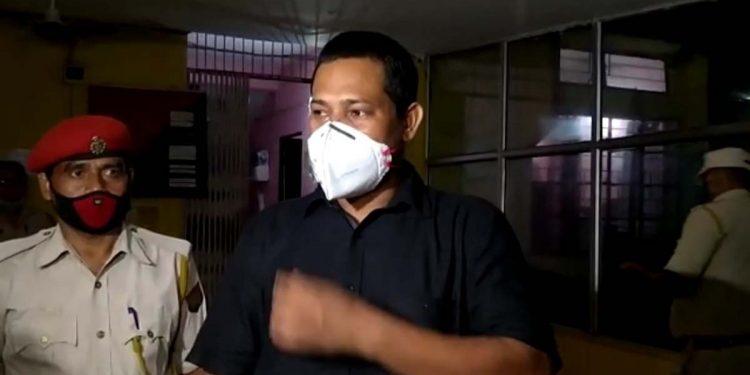 The Golaghat Police recently seized illegal drugs in huge quantity from a building of Pappu Ali, which is undergoing construction at Tiruwal Borphukan Khat in the district.

After the seizure, drugs mafia had been evading police.

Finally, a team of Farkating police was able to arrest Pappu Ali from Farkating area in Golaghat district.

Pappu Ali has made huge property in the last few years.

On September 26, 2019, the police carried out an operation in Pappu Ali’s residence and seized pistol, grenade and military camouflage from various locations.

There are allegations that Pappu is involved in running illegal drugs business in various parts of Golaghat and also supplies drugs to other districts of the state.

According to locals, Pappu Ali has piled up huge property through illegal drugs trade.

The citizens of Golaghat have expressed happiness at the arrest of Pappu Ali.

On June 24, a team of Golaghat Police, led by the sub-divisional police officer (SDPO of Sarupathar in an operation seized suspected heroin and arrested four drug peddlers.

On June 16, in continuation of their efforts against drugs, the Golaghat Police during an operation,  led by Golaghat deputy superintend.ent of police (DSP), headquarters, arrested two drug peddlers and seized 25,000 NDPS capsules from Merapani of the district.