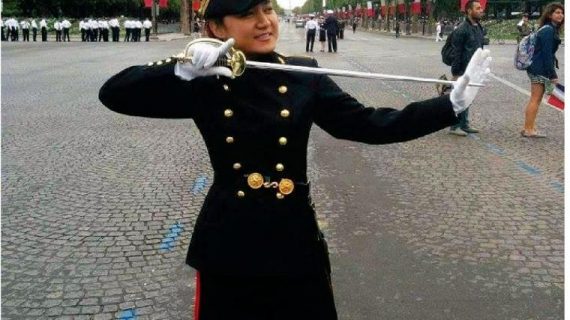 Assam girl Priyanka Das,  who is a PhD research scholar working for Safran has been appointed ambassador for an initiative in France to encourage girls to follow scientific careers and take it to higher education levels.

She is working in R&D with a team of experts in the Navigation Systems division of Safran.

The initiative for which she has been made the ambassador ‘For Girls and Science’ was launched in 2014. The initiative was supported by the Ministry of National Education of France and the L’Oreal Foundation.

“As part of the programme, we meet middle school and high school students, and through talks and presentations, we try to clear the misconceptions about scientists and women in science,” says 26-year-old Priyanka.

L’Oreal Women in Science programme that awards five women scientists each year in collaboration with UNESCO.

“I’m working on a very specific matter on how to make positioning more robust and precise. It can have applications as one of the many sensor information used by autonomous systems like a self-driving car for self-localisation,” Priyanka told.

“I had the chance of visiting Safran when I was a first year student at Polytechnique. It was a visit organized by ISAE Supaero, an aerospace engineering school in the south of France. I was very impressed with the work they did at Safran and dreamt of working there one day,” she said.

“Fast forward two years, I was selected at Supaero for masters in Aerospace Engineering and while a student there, I was chosen for a PhD financed by Safran, with collaboration of the SCAN lab at ISAE Supaero,” she says, reports The Morung express.

The Assam girl is currently in her first year of PhD, on a CIFRE contract with Safran Electronics and Defense, directed by Prof Eric Chaumette of ISAE-SUPAERO, and co-supervised by Prof Silvère Bonnabel of Mines ParisTech.

The title of her PhD is ‘Robust and Precise Navigation using Tightly-coupled Hybridization of Inertial and GNSS Phase Measurements’.

Her father Manoj Das is DGM (Advisory & Consultancy) in North Eastern Development Finance Corporation Ltd (NEDFi) and her mother is a senior medical officer in Delhi, received her degree at France’s Ecole Polytechnique on June 1.