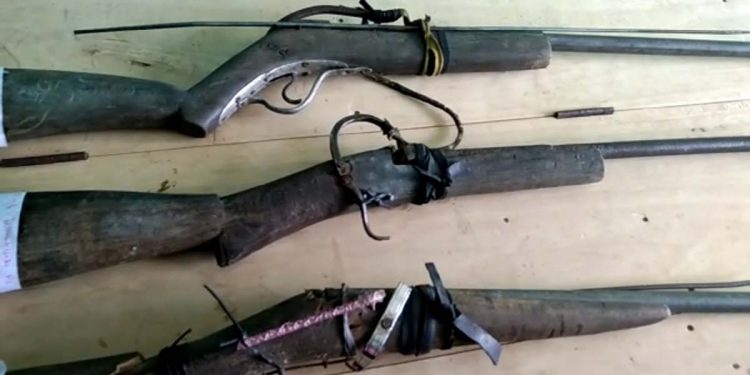 The operation was carried out on Friday.

Days after the killing of the district commander of National Liberation Front of Bodoland (NLFB) by Udalguri police in an operation at the dense jungles along the Assam-Arunachal border, the security forces have launched a tirade to root out insurgent activities from the Bodo belt.

The Sashastra Seema Bal (SSB) personnel of 37 Battalion handed over the suspected militants along with the recovered guns to the Dimakuchi Police.

“We are investigating the case to find out if they are members of any insurgent group,” said an officer privy to the investigation.