Assam: Fake doctor working in Mancotta tea estate in Dibrugarh on the run

This is the third case in one month, where fake doctors have been found working in tea gardens in Dibrugarh. 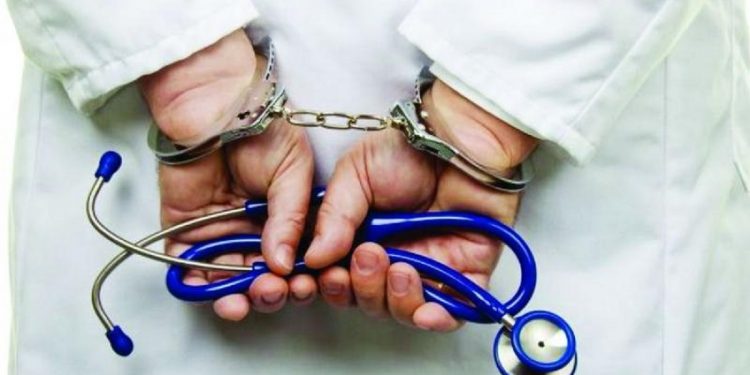 Another fake doctor has been found working in a tea estate in Assam’s Dibrugarh district.

The fake doctor stole the identity of Dr Hirak Das and working at the Mancotta Tea Estate in Dibrugarh.

Dr Hirak Das is currently serving as an assistant professor of Anatomy at Gauhati Medical College and Hospital (GMCH).

Dr Hirak Das after getting to know that a fake doctor has stolen his identity and is working in the Tea Estate, filed an FIR with the Dibrugarh Police on June 16.

However, the fake doctor, whose identity is yet to be ascertained, went underground before the police could nab him.

“The fake doctor is absconding but we will nab him soon. Meanwhile, we are trying to find out his real identity. Investigation is underway,” officer in-charge of Dibrugarh police station – Rajib Saikia informed.

Notably, this is the third case in one month, where fake doctors have been found working in tea gardens in Dibrugarh district.

The first such case was ascertained on June 3, when a person identified as Simon Nag was found to be working as medical officer of Mokalbari tea estate in Chabua.

Nag had stolen the identity of Dr Stephen Anthony, a Bangalore-based doctor, presently working in Singapore.

In the second such case, police on June 15 arrested one Eyaqub Ali, who was working at Hatiali tea estate as medical officer.

Ali had stolen the identity of one Dr Eyaqub Ali Ahmed, an obstetrics and gynaecology specialist of JSB Civil Hospital, Kajalgaon in Chirang district.

Speaking to this correspondent, Dibrugarh SP Shwetank Mishra said, “We are investigating the matter. As the matter is sensitive, we are probing it thoroughly.”

Meanwhile, vice president of the Assam Chah Mazdoor Sangh (ACMS) – Nabin Keot said that leaders of the organisation have met State labour and welfare minister Sanjay Kishan in Guwahati and urged him to initiate a proper inquiry into the matter.

“Not only doctors, proper verification of nurses and pharmacists should also be done in all the tea estates of Assam,” Keot said.