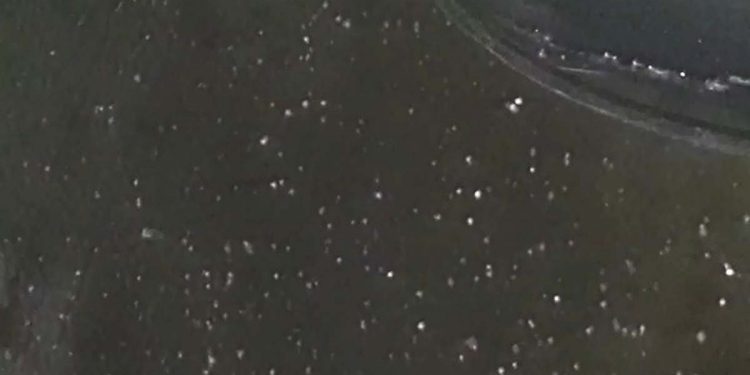 A view of the hails in Mangaldai. Image credit - Northeast Now

Hailstorm lashed Mangaldai town in Darrang district and its adjoining areas on Sunday evening pushing the mercury go down to a minimum level.

It started at around 7-35 in the evening and lasted for more than 30 minutes.

The hails which were small and medium in size hit vehicles and several persons in the busy evening market.

However, no report of any damage to life and property has been received.

The power supply was immediately scrapped to avert any possible eventuality leaving the township in the dark.

The power supply was restored later on.

Unprecedented shivering cold wave following the hail shower has badly hit the normal life as people were forced to remain inside their houses taking warmth either from fire or room heaters.

Meanwhile, the heavy shower with moderate hails has reportedly caused serious damage to the farm fields of winter crops and vegetables resulting in losses to the hardworking farmers.