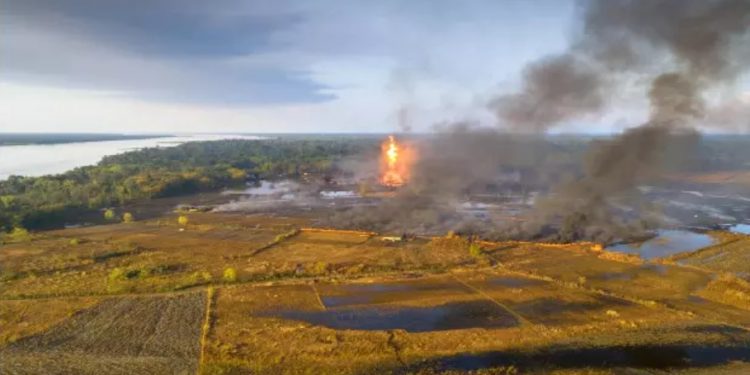 Oil India Limited (OIL) has failed in their successive attempts to douse the blaze at the damaged gas well at Baghjan in Assam’s Tinsukia district, which is spewing gas for than 90 days.

OIL has successfully installed the Blow out Preventer (BOP) in their third attempt but failed during the killing operation. Earlier, OIL has failed in their two attempts.

“We don’t know how much time will take to douse the fire. Our house is just 500 meters from the Baghjan Oil rig. We have eight members in our family and it is very difficult to live at relief camp with family,” said Tikhnajyoti Hazarika, a villager of Baghjan.

Baghjan 5 is one of the high pressure Oil well in upper Assam which produces amount of crude oil for OIL.

The villagers at the relief camp want to go back to their home but owing to the ongoing operation at Baghjan 5 oil well they could not go to their respective home.

The entire area was affected due to the spewing of condensate in the area.

The affected people of Baghjan on Monday staged a protest in front of Tinsukia deputy commissioner office demanding compensation.

“The Tinsukia district administration had given assurance to give compensation but after 90 days nobody got the compensation,” said Satyajit Moran, president of Baghjan Gaon Milanjyoti Yuba Sangha.