Assam: Drugs peddling on the rise amid Covid19 restrictions in Lakhimpur district 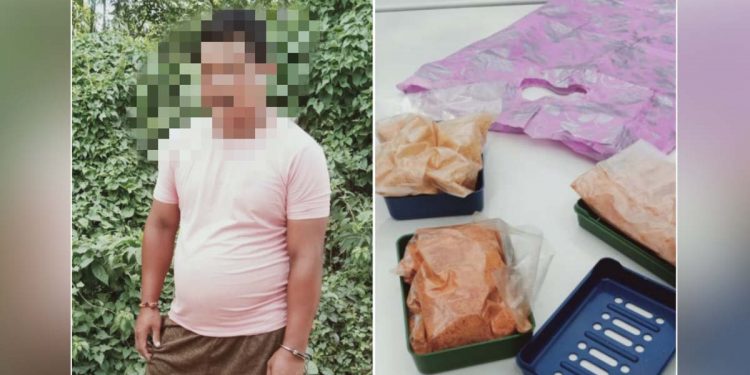 As the world gets ready to observe the International Day against Drug Abuse and Illicit Trafficking on Saturday, peddling of banned substances is unlikely to recede in Lakhimpur district even during the Covid19 restrictions.

Despite Covid19 restrictions, drugs peddling incidents have increased in the district.

The fact has been supplemented by the series of arrests of drug peddlers across the district by the police in recent times and recovery of narcotics from different places.

The month of June this year in Lakhimpur district began with the arrest of two IRBN jawans with 2 packets of suspected heroin by Lakhimpur Police in Banderdewa — a transit point of the drugs trafficking network on May 31.

This was followed by the recovery of 112 grams of suspected heroin from a peddler on June 2 at Bongalmara.

On June 4, Lakhimpur Police arrested three drug peddlers along with 2.4 grams of suspected heroin from Parbatipur in Banderdewa.

On June 7, another drug peddler was arrested at Kathony in Harmutty along with a huge amount of psychotropic tablets.

Police arrested a 19-year-old person under NDPS Act from Parbatipur area near Banderdwa on June 18.

Six more persons were arrested under NDPS Act at North Lakhimpur on June 21.

In the riverine Dhunaguri area of Lakhimpur district, 34.1 grams of suspected heroin were recovered from a drugs peddler on June 22.

So far, the district has reported arrests of 13 drug peddlers since the beginning of June indicating a no let-up in the trafficking and abusing of narcotic substances during the present Covid19 restrictions.

The rise in the use of cannabis during the pandemic has been reported by most countries since last year.

Notably, non-medical use of pharmaceutical drugs has also been observed in the same period.

There is a rise in larger shipments of illicit drugs and frequency of overland routes used for trafficking worldwide.

As the theme of this year’s International Day against Drug Abuse and Illicit Trafficking is “Share facts on drugs. Save lives”, public support and coordination holds key for a successful drive against this illicit trade and abuse.

The ongoing pandemic has proved that working together is crucial to tackle any crisis.

Community and family support are essential to help people who are vulnerable to drug use, say experts.