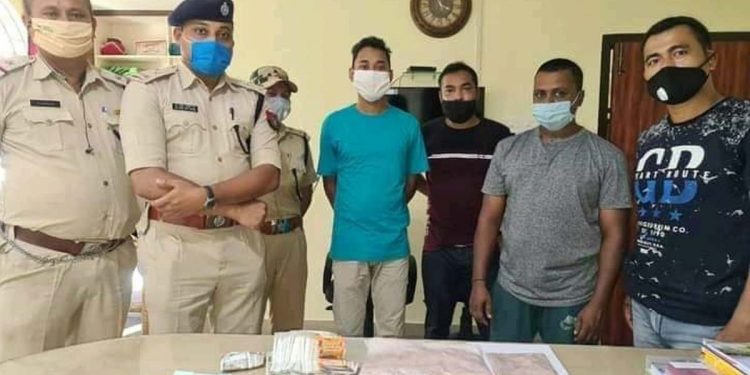 Police seized 300 grams of suspected brown sugar during a raid at the Kalibari area of Dibrugarh district on Friday.

During the operation, Dibrugarh Police arrested one person, identified as Yunus Khan, in connection with the case.

Dibrugarh superintendent of police Sreejith T said, “After getting information, a raid was conducted in the residence of Yunus Khan under the leadership of the officer in charge of Dibrugarh police station, Rajiv Saikia.”

“During the raid, the police team was able to seize 300 grams of suspected brown sugar from the residence of Yunus Khan. We have registered a case under the NDPS Act 1985 at Dibrugarh police station,” the Dibrugarh SP said.

The estimated value of the seized contraband drugs is said to be around Rs 30 lakh.

According to sources, the drug trade has been going on in Dibrugarh for a long time with the involvement of many people in the narcotic trade.

“Many a time police raided various places in Dibrugarh district and have caught drug peddlers, but after a month they are released from the jail on bail,” said sources.

“The drug trade has been running in Dibrugarh for a long time and the drug peddlers mainly target the youths to run their business,” sources added.