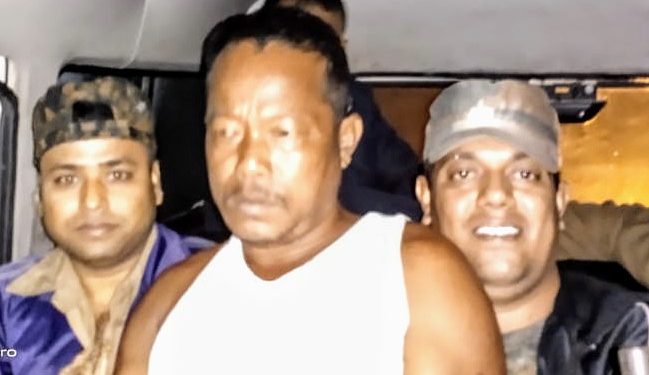 A rhino poacher involved in the killing of rhinos in Kaziranga National Park’s (KNP) sixth addition and Agratoli forest range has been arrested on Saturday night.

The poacher, identified as Dambe Kutum, has been arrested in a joint operation carried out by forest and police officials.

The operation was jointly carried out by the Crime Investigation Range of Biswanath Wildlife Division and Helem police in areas under Gomiri and Agratoli forest ranges.

Apart from being involved in the killing of rhinos in the national park, Kutum has also been supplying arms illegally to other rhino poachers by taking help from a person from Arunachal Pradesh.

Two rhino poachers who had been arrested along with a huge cache of arms on Thursday admitted they had procured the arms from Kutum.

The arrested rhino poachers have been identified as Kiran Das and Ranoj Pegu.

After questioning these rhino poachers, the police and forest officials have finally been successful in arresting Kutum.