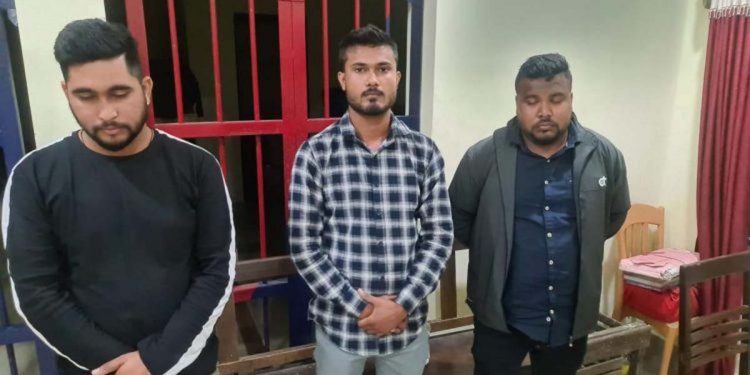 Dibrugarh Police on Saturday arrested three members of a youth organization for their alleged involvement in extortion activities in the Dibrugarh district.

They have been identified as Biswajit Das, Rohan Das and Abinash Das.

Dibrugarh additional superintendent of police Padmanabh Baruah informed the media that the members of the organization demanded extortion money of Rs 10,000 from the owner of a jewellery shop at New Market in Dibrugarh town on Wednesday.

The police officer said the members of the youth organisation issued a money receipt against a collection of Rs 4,000 from the shopkeeper.

The shopkeeper lodged a complaint with the police against the three members of Anusuchita Jati Sangrami Yuva Parishad, Axom.

Based on the complaint filed by the owner of the shop, a case has been registered at the Dibrugarh police station.

“Further investigation is on,” the police officer said.