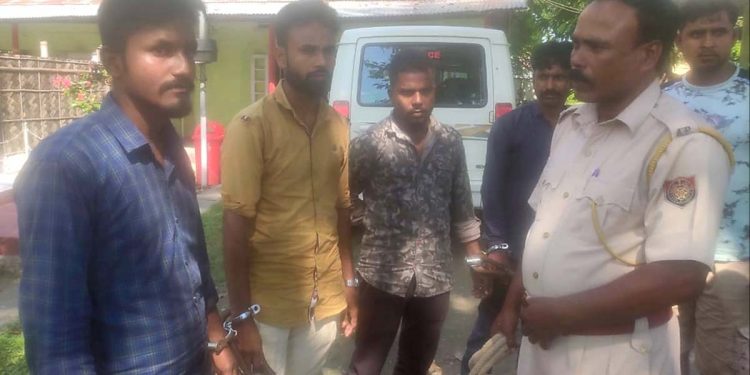 Darrang Police on Sunday averted a well-organised attempt of dacoity by apprehending four members of a notorious gang of inter-district dacoits.

The dacoits were arrested along with arms and ammunition at Silbori under Dalgaon police station.

The police during their normal checking near Kopati under Silbori police outpost intercepted a Celerio car with the registration No. AS-12X-4696 which was moving towards Dalgaon.

The car had four youths onboard along with the driver.

On suspicion, the police searched the vehicle during which they found one .22 bore pistol, five rounds of live ammunition and a sharp weapon.

Police identified the passengers in the vehicle as 32-year-old Abdul Hanif from Gormuri Bongali Gaon, 27-year-old Ikramul Islam and 25-year-old Habul Islam, both from Kathaludup village and 27-year-old Samsul Hussain of Rongagarha village, all under Dhekiajuli police station in Sonitpur district.

Police suspected that the accused tried to sneak into district with a criminal motive of dacoity.

Sometimes back, Silbori witnessed a gruesome incident of dacoity where the owner was seriously injured and cash, ornaments and other valuables were looted.