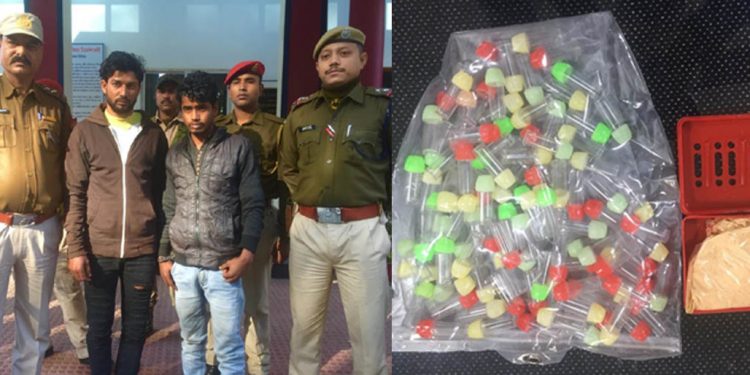 On the eve of the New Year, the Darrang police arrested two drug peddlers along with a consignment of brown sugar.

During operation, the Darrang police were able to nab the duo in the wee hours of Tuesday.

A Darrang police source told Northeast Now, “On a tip-off, a police team of Mangaldai Sadar police station carried out an operation in the wee hours today.”

The drugs, which were in several dozens of tiny plastic containers, were packed in separate polythene packets.

The arrested drug peddlers have been identified as Saddam Hussain, son of Tamser Ali and Hanif Ali, son of Jahuruddin Ali, both residents of Gusbari village under Mangaldai police station.

“During preliminary interrogation by the police, the duo confessed that the consignment was carried from Khanapara to be sold in the Mangaldai area,” police sources added.

Further interrogation is going on at the Mangaldai police station.