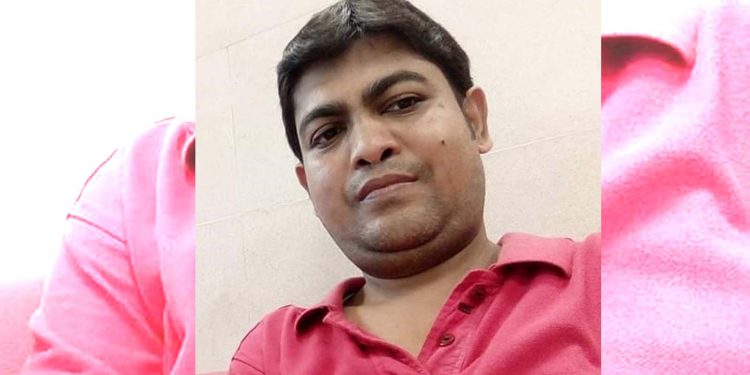 News editor of Dainik Jugasankha, Biswajit Roy Barman, passed away on Friday morning due to brain haemorrhage at Silchar.

He was undergoing treatment at Silchar Medical College and Hospital (SMCH).

Barman spent more than 20 years of his journalistic career with Dainik Jugasankha, the largest circulated Bengali daily in Assam.

A resident of Silchar, Barman has left behind his father, wife, one 10-year-old son and a 7-year-old daughter.

Speaking to Northeast Now, senior journalist Abhijit Bhattacharjee said, “I had been keenly following most of his write-ups.”

“He used the words so simply that it describes his nature of being a gentleman which he maintained throughout his life,” he added.

Bhattacharjee also said, “He had no vices or any bad habits, for which, I am at a loss of words as to why and how a life has been snapped out of Biswajit Roy Barman.”

Biraj Shome, a batchmate of Barman during postgraduation, said, “He was so polite and well behaved that even after cracking a joke on him we could not make him raise his voice, let alone start a fight.”

Shome added, “Don’t know what kind of treatment he received here in Silchar. He should have left this town for a better medical treatment once he complained of not being well for more than a week.”

After his body was brought from the SMCH on Friday morning, rich floral tributes were paid to him first at his office by the chairman of Sankha Group, Bijoy Krishna Nath.

Later at Silchar Press Club, tribute was paid to the scribe by all the members of various media houses of the region.