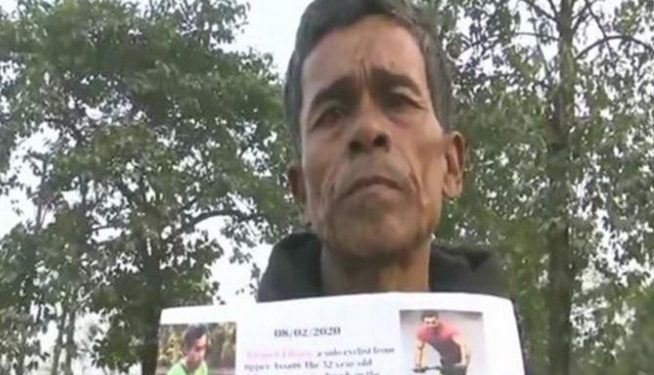 “I started this journey on February 8 from Jagun on a cycle to meet Salman Khan who will be in Guwahati to attend Filmfare Awards,” said Bhupen.

Bhupen has already registered his name in the India Book of Records for cycling 48 kilometers in 60 minutes without touching the handles.

The 65th Filmfare Awards ceremony will be held at the Indira Gandhi Athletic Stadium here on Saturday.

Apart from Salman Khan, some of the top names to be present at the biggest Bollywoord extravaganza are Alia Bhatt, Vicky Kaushal, Ranveer Singh and Ayushman Khurana among other A-listers.

Tickets for the gala event are available for sale on  Bookmyshow.com.

The starting range for the tickets grand event is Rs 1,000 and they go up to Rs three lakhs per ticket.

The Filmfare Award ceremony is one of the oldest film events in India ,  are presented annually by The Times Group to honour both artistic and technical excellence of professionals in the Hindi language film industry of India.

On November 25, the Assam government had signed the MOU with the Times Group to host 65th Filmfare Awards 2020 in Guwahati.

The awards were first instituted in 1954. It was initially referred to as the Clare Awards or The Clares, named after Clare Mendonca, the editor of The Times of India.