Assam: Curtains come down on International Shiva Festival in Sivasagar 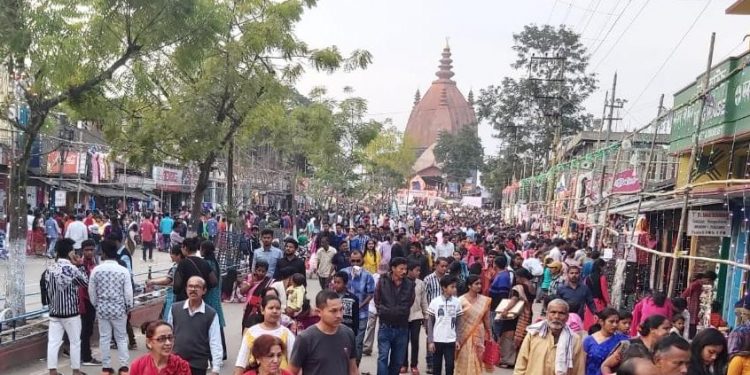 The four-day International Shiva Festival and Maha Shivaratri 2020 at the historic Shivadol in eastern Assam’s Sivasagar concluded on Sunday.

Sivasagar superintendent of police (SP) Amitava Sinha thanked the organizers, security personnel and the pilgrims for the successful conduction of the religious festival which had began on February 20,2020.

A large number of visitors from the country attended the festival and prayed to Lord Shiva at Shivadol which is the tallest temple of Lord Shiva in the Northeast.

However, there have been reports of a number of students falling ill after consuming food at the makeshift food stalls that had come up as a part of the festival.

Also read: Assam: International Shiva Festival gets off to colourful start in Sivasagar

Although a number of entrepreneurs from different parts of the country had set up food stalls during the festival, most of them claimed that they could not make desired profits during the four-day festival.

During the last day of the International Shiva Festival, a performance of folklore song known as Tukari Geet by Kamla Gogoi and his troupe entertained the public.

Moreover, a bhaona performance known as ‘Hari Harar Yuddha Aru Banor’ was also performed as a part of the cultural event of the festival.

The concluding ceremony of the festival was attended by president of Maha Shivaratri and third International Shiva Festival Organization Committee Ganga Prasad Borgohain, Sivasagar Commerce College professor Kartik Chandra Dutta and a host of other dignitaries.