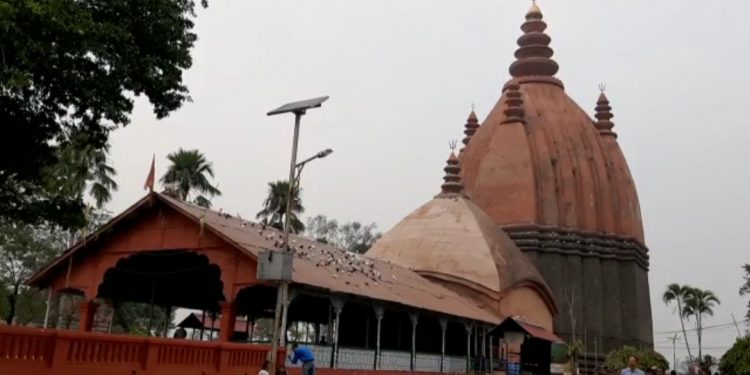 Stage is all set for the third International Shiva Festival of Assam.

Place is Sivasagar and the dates are from February 20 to 23 next.

The historic town of Sivasagar is all decked up for the third International Shiva Festival and Maha Shivratri.

Hectic preparations are on at the archaeological wonder Shiva Dol in the heart of the town for the grand annual event.

The organizers while interacting with media said with every passing year, the festival is getting bigger and better.

They exuded confidence that devotees and tourists, both domestic and foreign will be mesmerized by the celebrations and the cultural extravaganza associated with the festival.

The souvenir christened ‘Borjamantra’ will be released by founder of Pratidin media group, Jayanta Baruah.

The festival this year will showcase cultural performances of troupes from neighbouring Nepal.

Several cultural troupes of the State and the Northeast will exhibit their ethnic and indigenous art forms in the International Shiva Festival.

These include the folk dance of the Koch Rajbonshi community and the Mising tribe, Bhangra, Tai dance and other dance forms of Tiwa, Karbi, Manipuri, Rajasthani.

Cultural troupes of the Nagas and the Gorkhas will also present performances on the occasion.

Each day of the festival will begin with invocation to Lord Shiva.

Bhaona performances are slated for the concluding day, that is on February 23.

This year, the cultural programmes have been organized at the park of Doulmukh where the statue of music legend Bhupen Hazarika is installed.

The organizers are enthusiastic that the International Shiva Festival and Shivratri will invite more footfalls that last two years.