The historic Sivasagar district of eastern Assam is geared up to celebrate the second International Shiva Festival.

The Shiva Doul has been given a facelift for the upcoming International Shiva Festival to be celebrated through a four-day extravaganza from March 3 to 6 commemorating with Shivaratri. 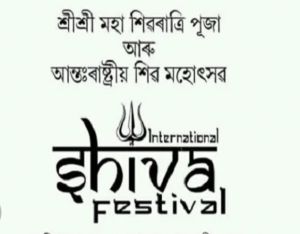 The mega event will be kicked off with Shiva vandana at 6 pm on March 3.

Several cultural troupes belonging to various ethnic communities from Assam and other states of the Northeast will perform in the four day event.

The International Shiva Festival will also showcase cultural performance by a troupe from Thailand apart from nationally acclaimed dancers from the country.

The Festival that began from last year is expected to witness footfall of huge number of devotees and tourists from across the country and also abroad.

Meanwhile, the surroundings of the Shiva Doul have been refurbished for the congregation and CCTV cameras installed all around the venue.

The organizers and the district administration are on their toes to make the second edition of the International Shiva Festival a grand success.

Special arrangements are also made by the Shiva Doul Development Board for the accomodation of the devotees coming for the Festival.

It may be recalled that Assam chief minister Sarbananda Sonowal had said his government will take up comprehensive measures to turn Sivasagar district into an important tourist destination.

Sonowal had announced this while taking part in an open session of the first International Shiva Festival last year.